Happy eighth birthday to our great-grandson Alex! Born on this date in 2014, Alex is the eldest of our four great grandkids. He is a good kid with a great personality and is very smart.

We sent a “Birthday Box” to his Sonoma County residence in California. In the box are many goodies and interesting things for a kid that age. The box weighed in at 28 pounds and measured 19x17x14 inches — a good sized shipping carton filled with very cool stuff for an 8 year old kid.

Although our ancestors and some of todays Wiccan/Pagan communities may have celebrated the first harvest feast on the first day of August, according to Archaeoastronomy.com, the actual cross-quarter of Lughnasadh occurs on August 7th of this year. Therefore, Damsel and I will be feasting on the actual cross-quarter day, August 07, 2022. A traditional Irish dinner is planned with Corned Beef and Cabbage and some Irish-inspired sides.

Disclaimer: We celebrate these festivals because of our ancestry (which is partially traceable to Ireland, Wales, England and Scotland, among others) and not that we are Pagans or Wiccans – we are of the Christian Faith and are patriotic to the Republic of the United States of America. It’s the Gaelic tradition and novelty that interests us (as well as the Feasting).

There is more about the Lughnasadh feast at Wikipedia:

Lughnasadh or Lughnasa is a Gaelic festival marking the beginning of the harvest season. Historically, it was widely observed throughout Ireland, Scotland and the Isle of Man. In Modern Irish it is called Lúnasa, in Scottish Gaelic: Lùnastal, and in Manx: Luanistyn. Traditionally it is held on 1 August, or about halfway between the summer solstice and autumn equinox. In recent centuries some of the celebrations have been shifted to the Sunday nearest this date.

Lughnasadh is one of the four Gaelic seasonal festivals, along with Samhain, Imbolc and Beltane. It corresponds to other European harvest festivals such as the Welsh Gwyl Awst and the English Lammas.

Lughnasadh is mentioned in some of the earliest Irish literature and has pagan origins. The festival itself is named after the god Lugh. It inspired great gatherings that included religious ceremonies, ritual athletic contests, feasting, matchmaking, and trading. Lughnasadh occurred during a very poor time of the year for the farming community when the old crops were done and the new ones not yet ready for harvest.

In other news, we have been having some work done on the RV. I’ll post about that later. Also, I found a WordPress blog theme that will work for us (with some mods). I will be bringing that theme online within this week, so be prepared for those changes evolving over the next few days/weeks/months. 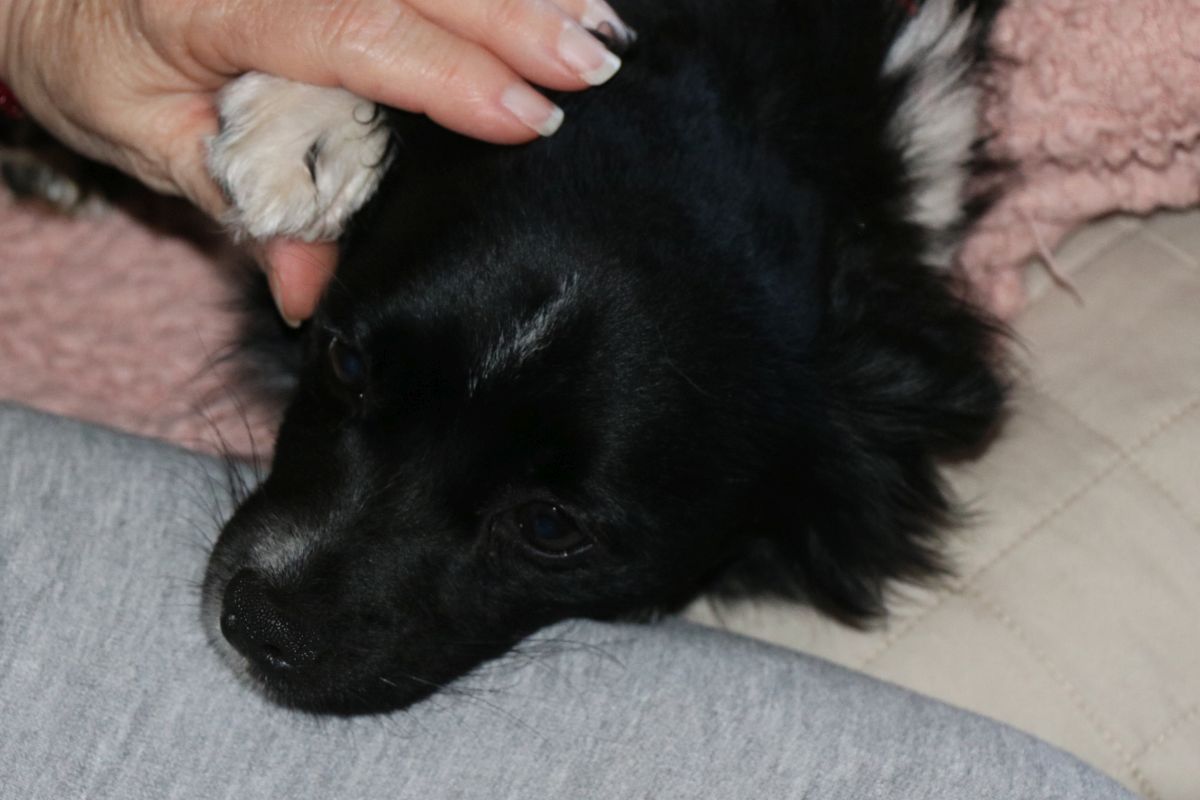 As we mentioned in our comments from last month’s post about losing Bay Bay, we were going to look for another dog to rescue. Well, today the Humane Society of Wickenburg had an adoption event at our local Tractor Supply store and just like that, we adopted Mr. Tuxedo whom we will call Tuck Tuck for short. He is a long haired Chihuahua with mostly black fur and a bit of white here and there. He is about a year old and was found wandering around in Wittman, about 20 miles southeast of Wickenburg.

He has only been “home” for a couple of hours, but is fitting in nicely with our activities and with the other dog. He is a very affectionate little guy and seems to demand a little attention which we happily have given. He has a good appetite, can be frisky at times, is leash trained and mostly housebroken. We are looking forward to taking care of him for a long time. In the (clickable) image above, he is resting his head on Damsel’s leg while getting rubbed. Just now, as I was typing in the story, he came into the office jumped into my lap and is resting as I finish this. I think we’re all happy about our new mutual relationship.

UPDATE 03-16-22: Since the adoption last week, we decided to dump the “Mr. Tuxedo” name and just call him “Tucker.” He is already recognizing and answering to the new moniker. 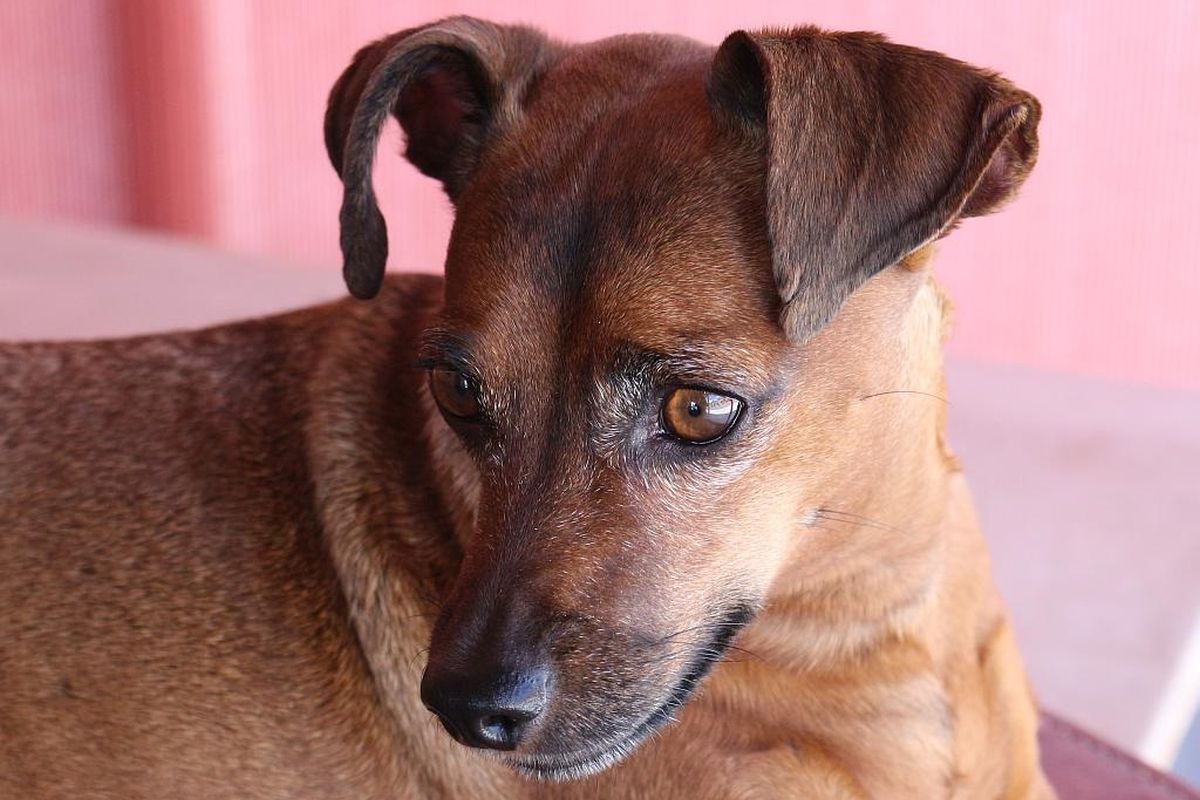 “Beethoven” A.K.A. “Bay Bay,” sadly, is no longer with us. He passed last evening (Valentine’s Day) at the Vet who performed the euthanasia. The poor little guy had acute kidney failure and had lost most of his appetite and finally stopped eating last week and he stopped hydrating on Sunday. We had little choice but to take him in for the procedure. He had lost nearly half of his body weight since a month ago. Damsel and I are devastated and miss him terribly.

We adopted him when he was a year and a half old on September 29, 2011 and he had been our constant companion for over ten years, so we can’t complain about having been with him for quite a long time, as dogs go. Bay Bay’s 12th birthday would have been in a couple of weeks on March 2nd.

So Long, Little Buddy – See you on the other side … 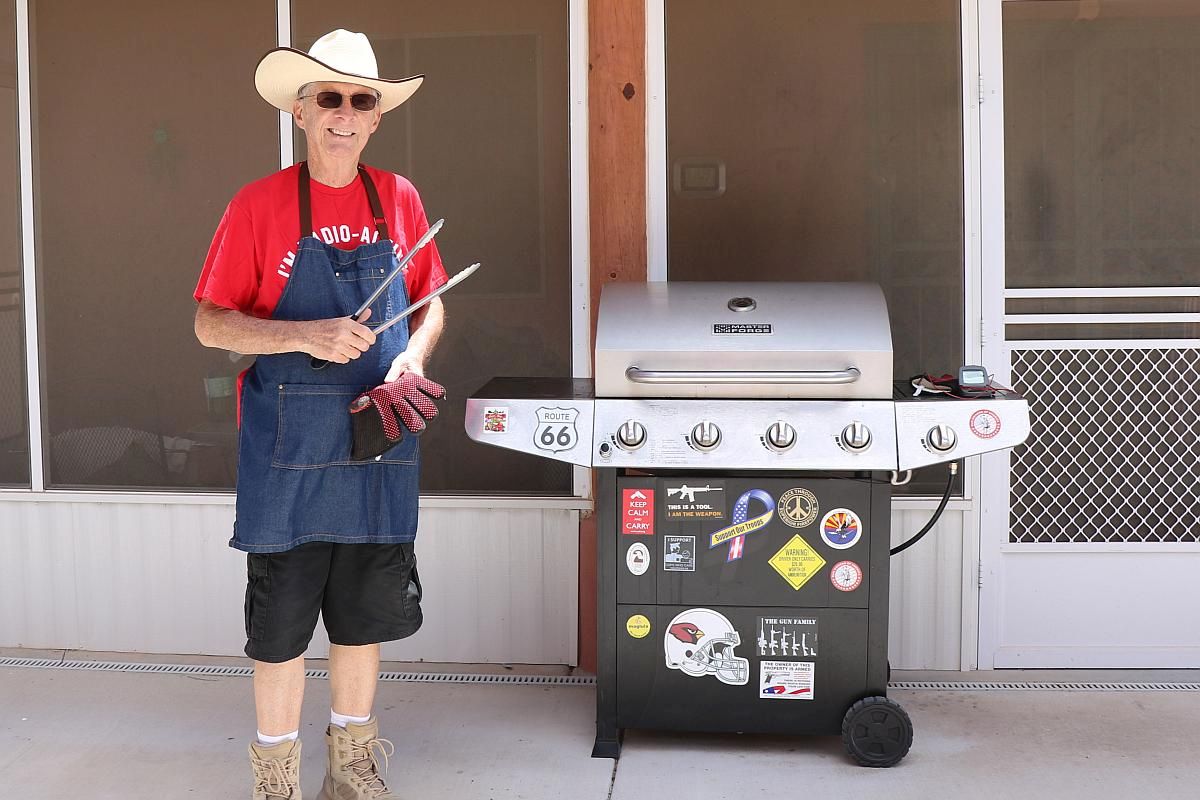 In 2021, Father’s Day will be celebrated on Sunday, June 20. This happens to be the same day as the summer solstice (June 20 at 11:32 P.M. Eastern Time), which makes it the perfect time to kick-off the summer season with grilling a couple of steaks. We’re in the middle of a heat-wave but we’re prepared to go outdoors and cook over the grill by virtue of having plenty of water and perhaps an adult beverage or two.

Image: Ready at the Outdoor Grill – Click on the image to enlarge.

The local sunrise for today is at 5:20 AM and the sunset will take place at 7:45 PM. The longest day at our latitude is 14 Hours and 25 Minutes. The forecast temperature at grilling time is 112° F. As I said before, we’re prepared – the summer heat is one of the reasons we moved here.

The menu today is for Beef; tenderloin steaks for today and a tri-tip roast for later in the week. The side dishes are baked beans and potato salad, both of the KETO variety, i.e. low-carb soy beans and cauliflower instead of potatoes in the salad – both taste the same as the high carb dishes they replace.

Finally, today we salute all the Dads out there and wish them a good day. We also salute our Dads again as we did last year. 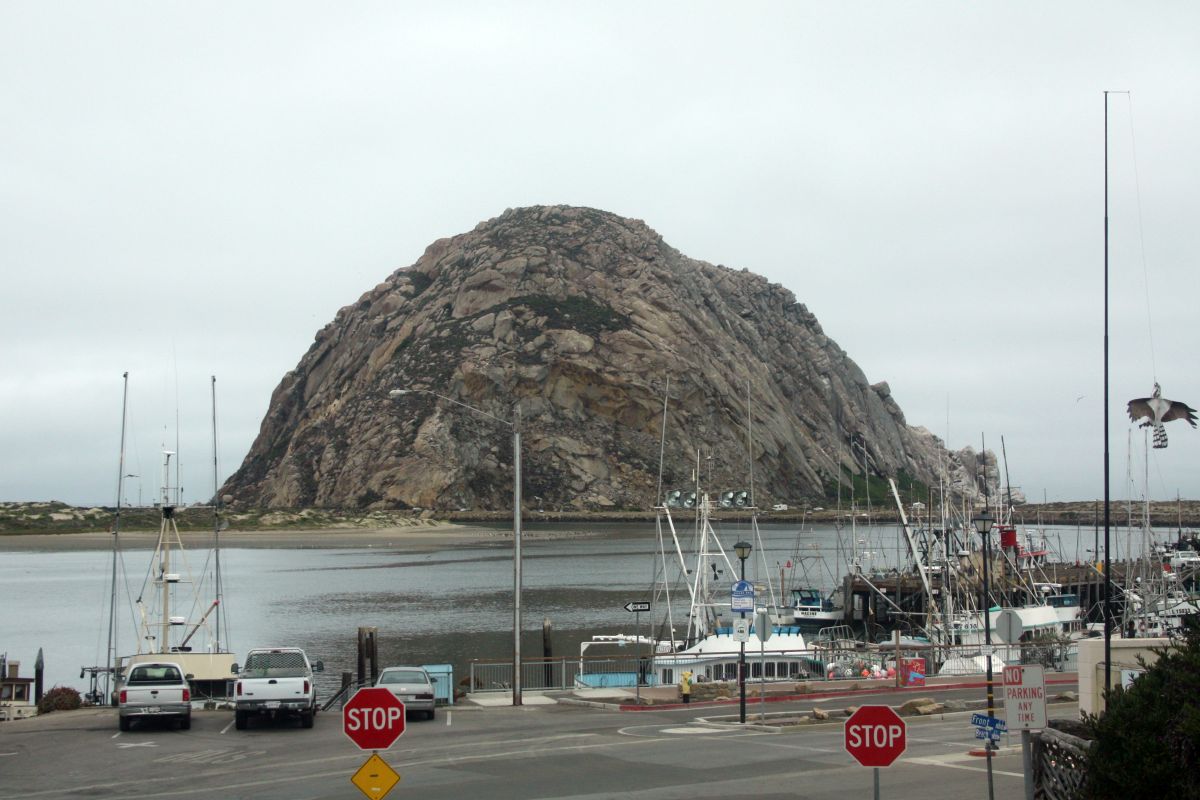 We remember our Mom, Kate, on more occasions than just her birthday, but today she would have turned 101. She passed from us in September of 2013 and we still miss her.

The image above is of Morro Rock in the California town of Morro Bay. It’s a charming place to visit and the rock is where Kate wanted her cremains to be distributed. We can’t see the rock without thinking about Kate. She always told us how much she loved that place on the Pacific Coast west of San Luis Obispo, CA.

Image courtesy of Damsel taken 24 July 2009 at Morro Bay. Click on the image to enlarge.

Out of respect for our Mom, we will refrain from inserting a rant here about the liberal slimes running the show out in K-Stan these days and how we are reluctant to visit in person.