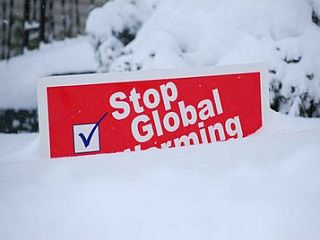 This page is a living reference to articles that deal with the environment, climate change and the topic of global warming. We have selected several favorite articles developed here and have listed other pertinent resources on the web. Also, we have included some sage quotations at the bottom of this article.

Image: The Gore effect in its full glory

And a few of my favorites

These are all good resources to invoke when your local GREENBAT starts spewing the doom and gloom.

“Anyone who conducts an argument by appealing to authority is not using his intelligence; he is just using his memory.”
— Leonardo Da Vinci

“I do not feel obliged to believe that the same God who has endowed us with sense, reason, and intellect has intended us to forgo their use.”
— Galileo Galilei

“Scientists best serve public policy by living within the ethics of science, not those of politics. If the scientific community will not unfrock the charlatans, the public will not discern the difference; science and the nation will suffer.”
— Philip Handler, National Academy of Sciences

“Historically, the claim of consensus has been the first refuge of scoundrels; it is a way to avoid debate by claiming that the matter is already settled. Whenever you hear the consensus of scientists agrees on something or other, reach for your wallet, because you’re being had.”
— Michael Crichton