Archaeoastronomy‘s Earth Clock Graphic shows Earth’s current position relative to the cusps of equinoxes, solstices and cross-quarters. As you can see, Earth is crossing through the Vernal Equinox cusp along its orbit around the sun. As of 14:58 Arizona Time, we are now officially in the spring has sprung mode.

Our early signs of spring have started. Damsel’s Flowering Plum is full of blossoms and her Daffodils are opening, no thanks to the colder late winter weather here. Wickenburg actually had three or four days of snow this winter which is highly unusual. The high temperatures were seldom above 60 degrees F. for much of February to mid March.

The rest of the xeriscape garden is also showing signs of spring, albeit later than normal. We have several beavertail cacti which all are sprouting flower and paddle buds. The Argentine Giant out front is showing flower buds and a new arm sprouting, maybe two. The other prickly pear cacti will be getting flowers later in spring. The giant saguaro out front should also be getting flowers in late spring.

I’m sure that with the cactus flowers opening and other springtime events, Damsel’s (and my) camera will capture some of it for posting here. Stay tuned . . .

Damsel and I were in the office this afternoon when I remarked that I think the winter solstice is today. As I looked up the time of the solstice on the internet I could see that winter had just begun only a little over an hour ago. As of December 20, 2018, 3:23 PM Arizona time, we are officially in the winter season.

We just took the dogs out for their last walk before it gets dark here. The temperature on the patio was still up at 68° F, although it will be falling rapidly after dark. We’re expecting a low of 46° F overnight.

The Northern Hemisphere might be getting a cooler winter this year according to arch-weather guru Joe Bastardi of WeatherBELL Analytics. I read a recent article with an analysis of El Niño and La Niña and some sort of Pacific Decadal Oscillation that we might be in for some really cooler weather in 2019.

So, Damsel and I will be shopping for some warmer winter clothing in the post-Christmas sales. The good news is that the forecast isn’t so severe as to warrant snow tires or parkas or arctic gear. It’s Arizona, after all. The forecast for this weekend will be highs in the 70’s and lows in the mid 40’s, so the deep freeze isn’t here yet! 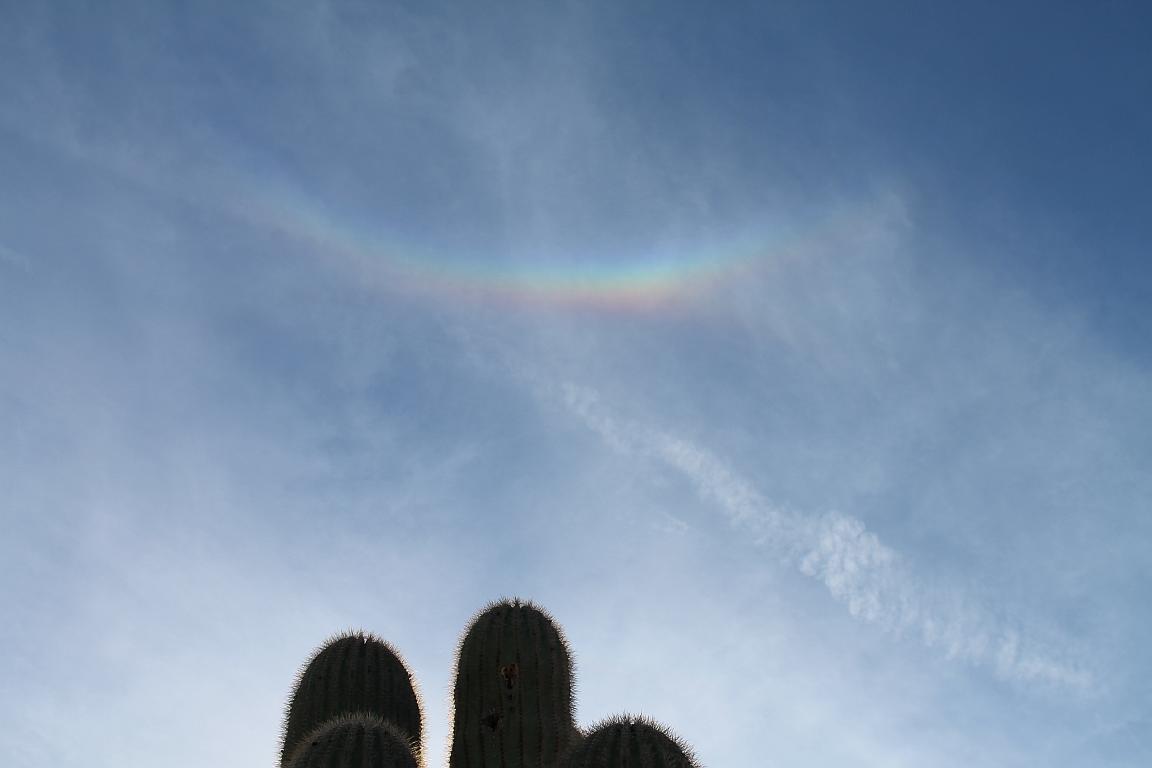 When putting the BBQ grill away in the garage late this afternoon, we noticed a couple of Sun Dogs on either side of the sun. But, when looking almost straight up, we saw the rainbow which is not actually a rainbow at all but a Circumzenithal Arc. I went back into the house and got my camera to photograph the unusual phenomenon. I stood in the shadow of the big saguaro out front to get the photo above.

The weather was very spring-like today with high thin clouds, a light breeze and a high temperature of 72 degrees. No wonder that the snowbirds are here in force. We also currently have rodeo events which brings out lots of participants and observers. 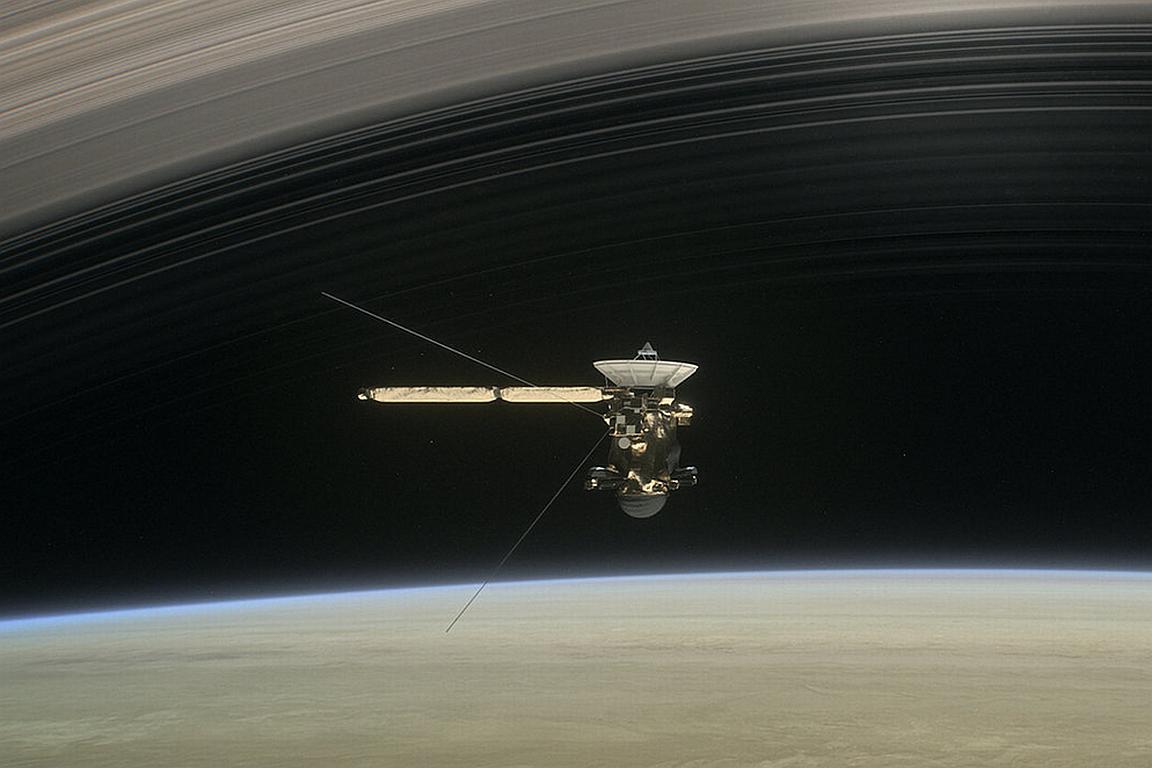 The eclipse last month as seen from our vantage point in Casper, WY: early, mid and late totality. The moon was moving from the upper right to the lower left in this perspective. You will note the vignette of longer wavelength light along the lower left of the first image and along the upper right of the third image. The mid eclipse image did not have much direct sunlight refracting around the limb of the moon.

When you click on the image to enlarge it, you will need to scroll both horizontally and vertically since I left Damsel’s originals at full resolution, each being a bit over 1300 pixels square. You can view the early, mid and late totality by clicking the three previous links.

The next American total eclipse which will take place on April 08, 2024 will have a totality lasting over four minutes from where we currently are planning to watch near Kerrville, Texas. The duration is longer, I guess, because the Earth will be closer to aphelion and the Moon will be closer to perigee than was the case two weeks ago. 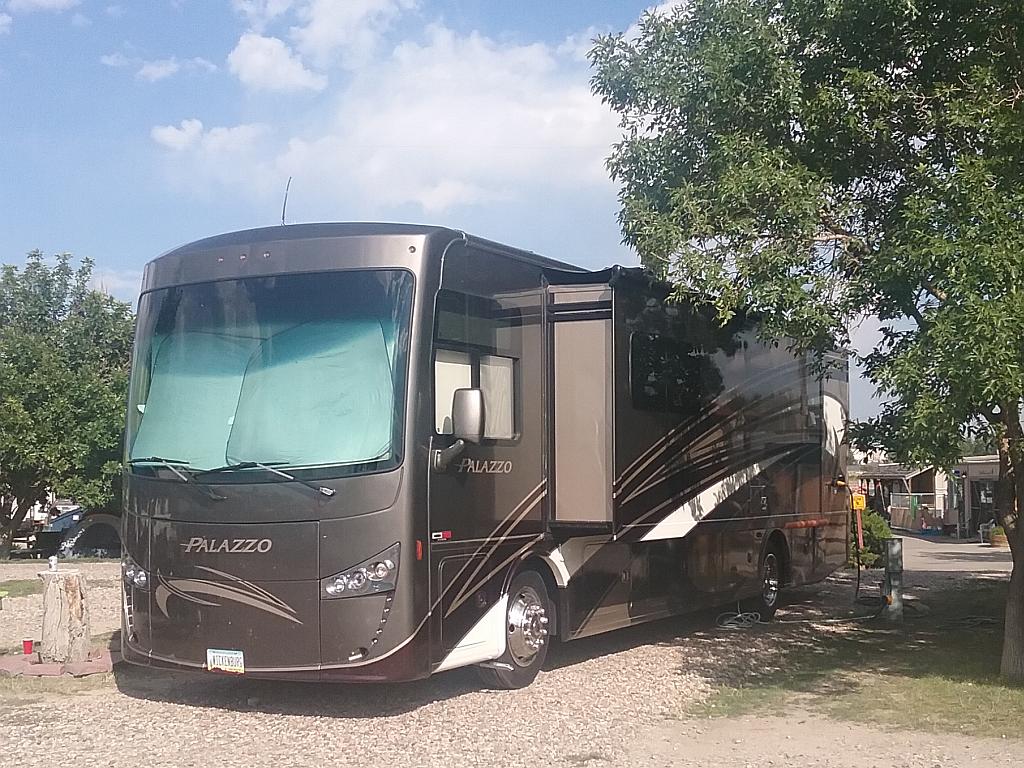 We had a pretty good drive today heading from Colorado up to Wyoming. There was traffic, as one might expect when multitudes are flocking to see a rare event, but we were mostly able to drive the posted speed limits. Driving fatigue was minimal.

We pulled into camp at about 2:45 PM MDT. The place was already quite full, with only a couple of spaces that (obviously) would be filled later. Our spot is located at the end of a row closest to the road in front of the park. The next two spots do not have RVs in them but are occupied by a large group of people with canopies and tents. We drew the party animal neighbors – oh well.

We have the cameras and aux equipment to try and capture tomorrow’s event. Our friends are going to try and join us here in the campground and they have some more sophisticated cameras and equipment, so we will ask them to share.

We’ve been counting down to this for over five years. Here’s hoping and praying that it will be clear and beautiful for the totality in Casper.