I received this via email from AZCDL. Despite the tainted results of Arizona’s election in November, we still came out on top for 2020. I and many others are now engaging with our politicians to keep Arizona safe from those who would infringe on our God-given rights to self defense. In the coming year, we will do our best to keep our state at the top of the list.

Arizona’s #1 rating is primarily because of what AzCDL has accomplished. Prior to AzCDL’s involvement Arizona’s CCW system was onerous and discouraged applications. Permits were only good for 4 years and required training, testing and additional fingerprinting to renew. Court cases narrowed the interpretation of open carry to a point where the only way to safely openly carry your firearm and avoid arrest was by having a CCW permit. In self-defense situations, the burden of proof was on YOU to prove your innocence – after you admitted to the “crime.” Firearms preemption was Balkanized. Castle doctrine and “no duty to retreat” laws were weak.

AzCDL was created by a handful of activists in 2005 who didn’t like the status quo. By 2010 we achieved Constitutional Carry. CCW permits are now optional and the process to obtain a permit is more realistic. Arizona permits are recognized in the majority of states. Arizona is also one of the few states that recognize all permits from all states – again thanks to AzCDL.

Because of AzCDL’s efforts, you are now “innocent until proven guilty” when defending yourself. Firearms preemption has been strengthened. We were even successful in getting the Arizona Constitution changed to protect law-abiding citizens from law suits when they defend themselves. Visit our Accomplishments and Why AzCDL web pages to learn more about what AzCDL has accomplished.

We are proud that AzCDL’s efforts, with the support of our members, have again garnered this high rating for Arizona from such a prestigious publication. However, from our perspective, there is a lot more that needs to be done to make Arizona truly a free state when it comes to honoring your constitutionally protected right to keep and bear arms. With your continued support we can achieve that goal.

Here’s the link to join or renew with the Arizona Citizens Defense League: 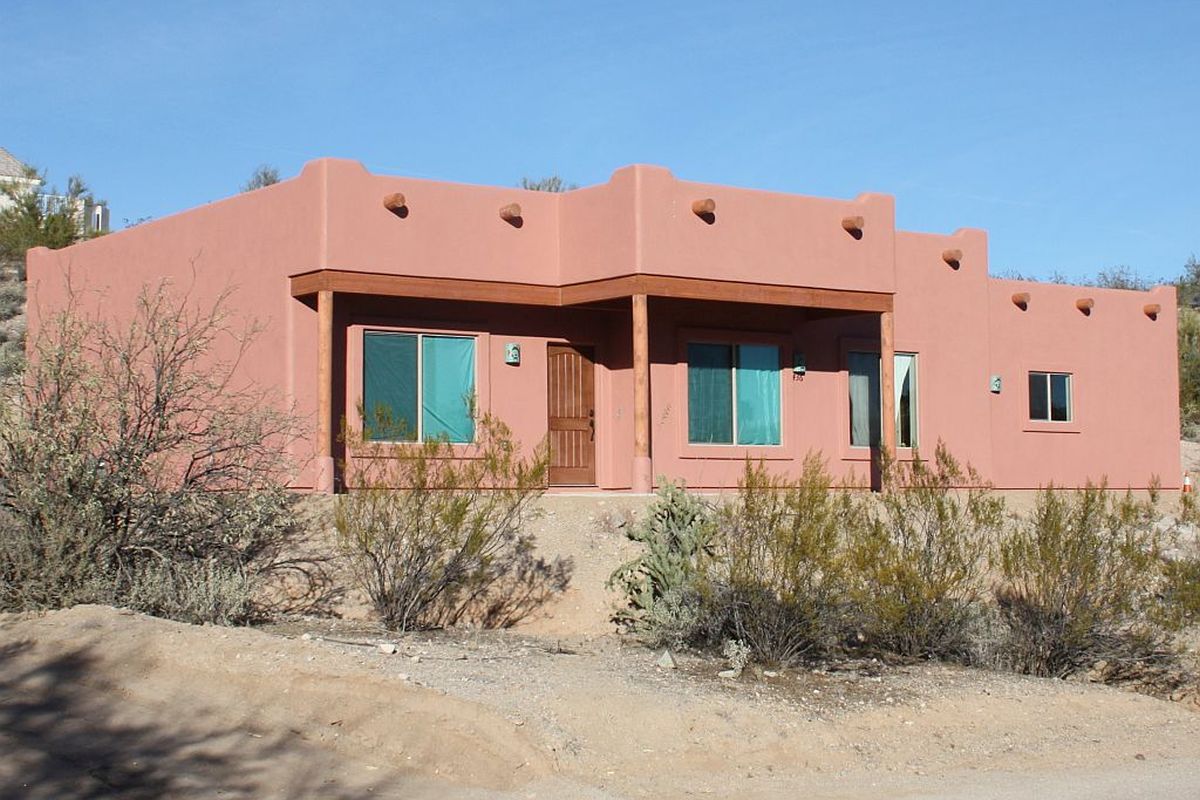 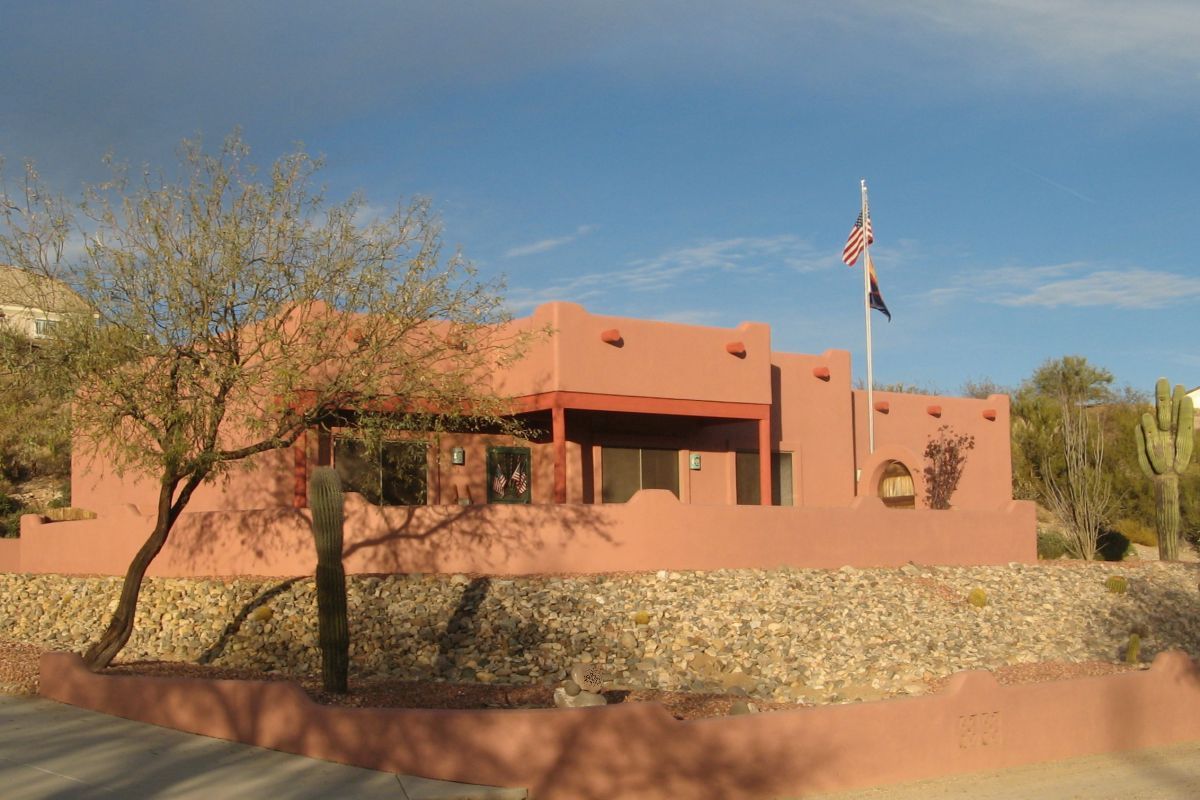 Today marks the tenth anniversary of moving into our little Desert House. We were sleeping on a box springs and mattress with no bed frame, sitting on folding chairs and eating/computing on a 24×48″ folding table – virtually camping in the new abode, but we were “moved in” a decade ago.

Just after moving in, we had a short list of fixtures to be acquired and installed, plus some other improvements to be made. This is the list from ten years ago:

Some things turned out to be different from the list, but we got a lot done and are still making minor improvements. Very soon now, we will be getting all new furniture for the great room and new kitchen appliances now that the original stuff is a decade old.

Even after a decade, we thank God that we are here and out of the former residence. It feels good to be here and we remain very happy in our little desert home.

Damsel and I went to our usual first Sunday of December event which is the Cops Who Care and Remember When Cruise Wickenburg Run for the benefit of local kids at Christmas (see poster below). We packed in a couple of unwrapped toys to donate to the cause even though we didn’t participate in the cruise. We consider it a photo op and an enjoyable trek down memory lane.

As usual, Damsel took a lot of photos but these three caught my eye to post here today. There were several Jeeps (Mfg. Willys) on display at the show. The first two images below are of a very clean (and new-looking) Jeep. I recall driving the Navy version of one of these for the Division I served in at NAS Point Mugu in the early 1960s and this one reminded me of that vehicle. 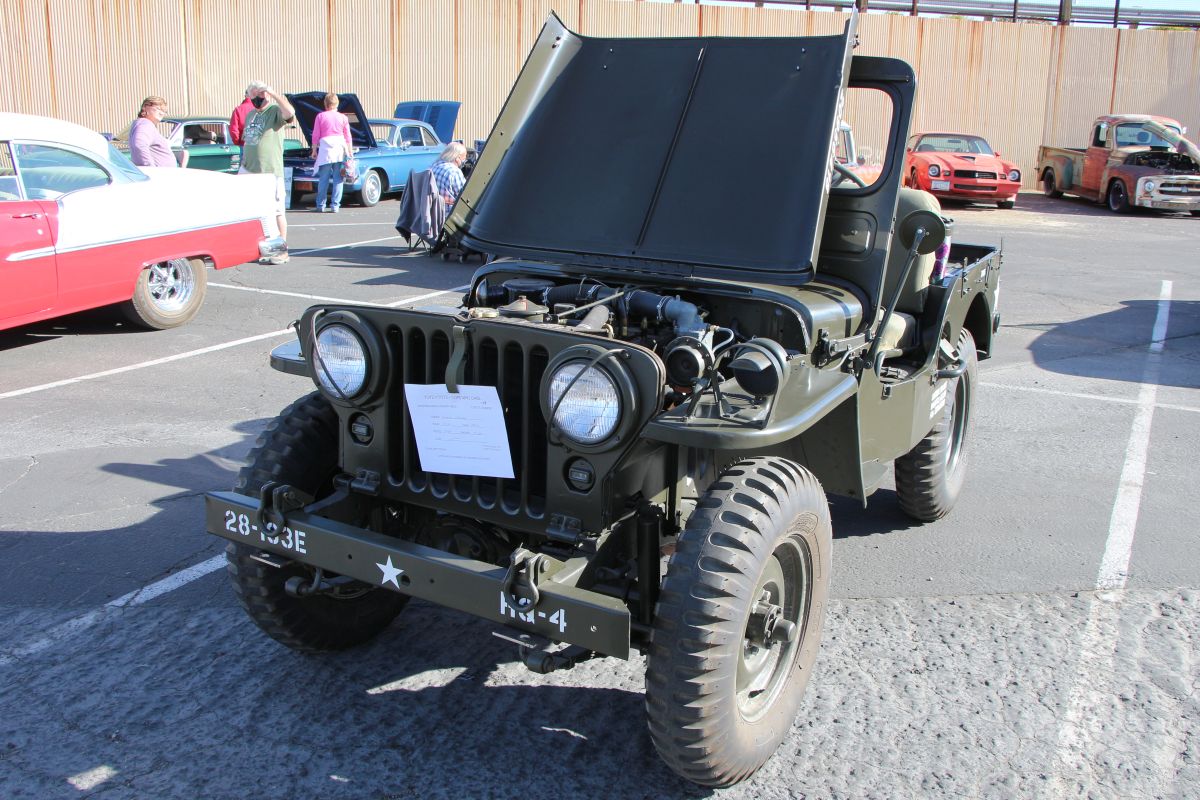 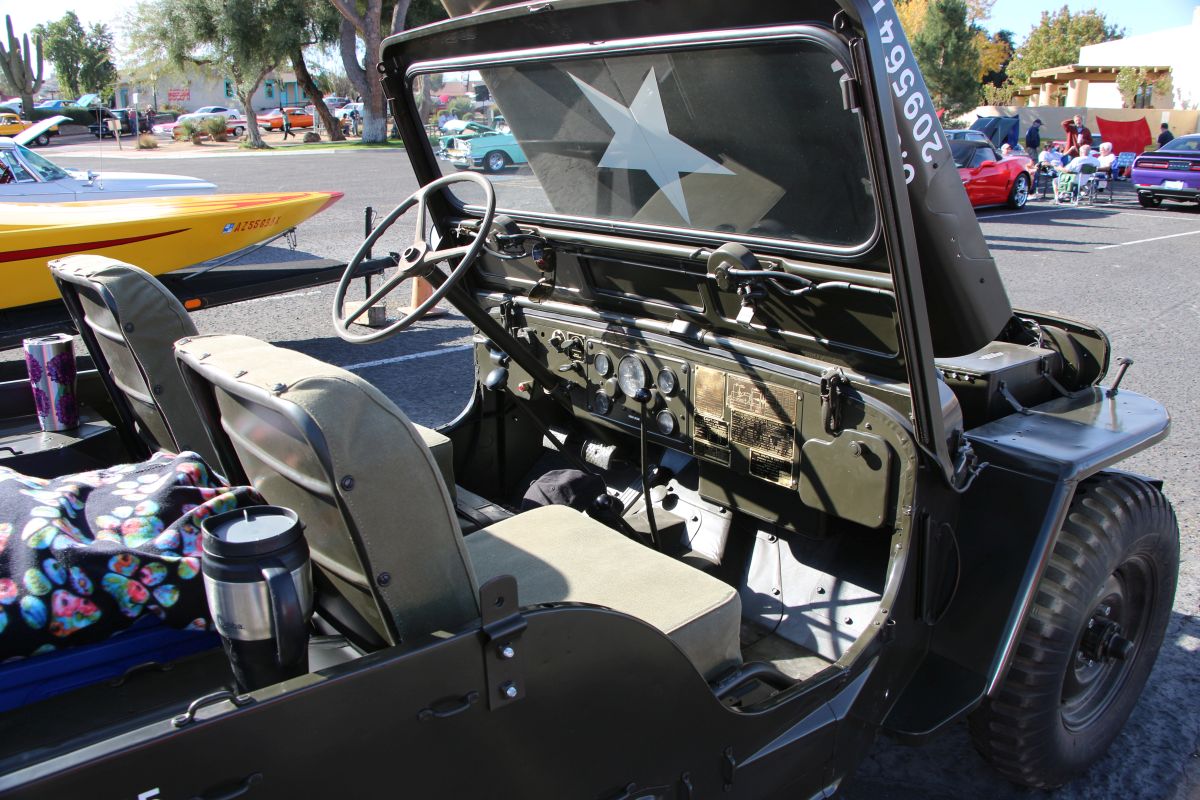 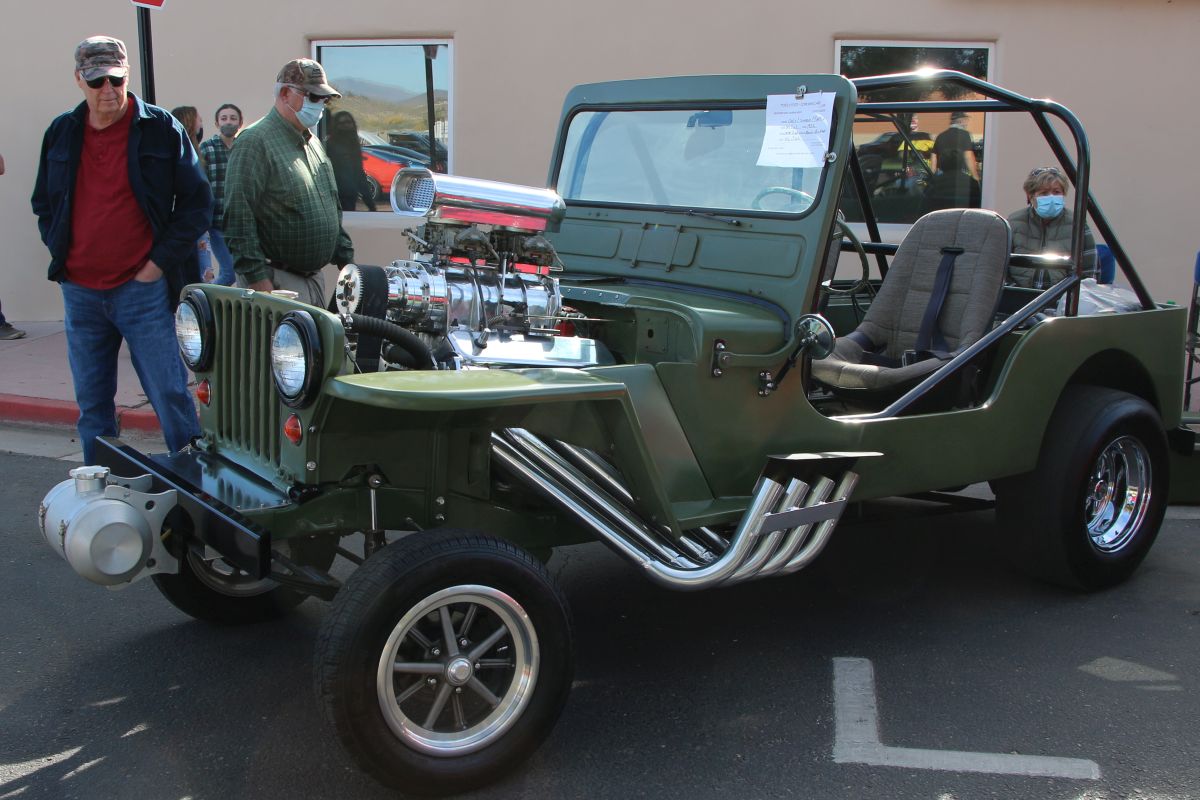 Well, as you can see, the third image is of a slightly modified Jeep. I didn’t get to talk to the owner, but the card in the window said it had a “blown big 8 cylinder block” for the engine. I had an urge to ask him to start it up so I could hear the unmuffled sounds of the eight chromed exhaust ports. I resisted and was satisfied to have the photo of the beast. Click on any image above to enlarge. 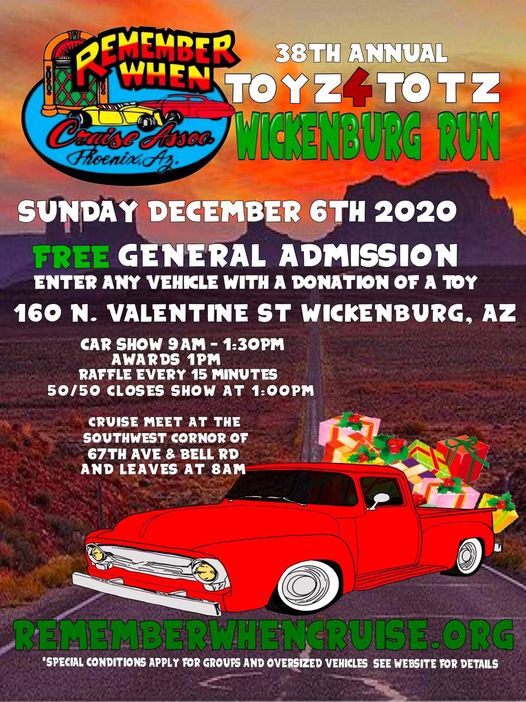 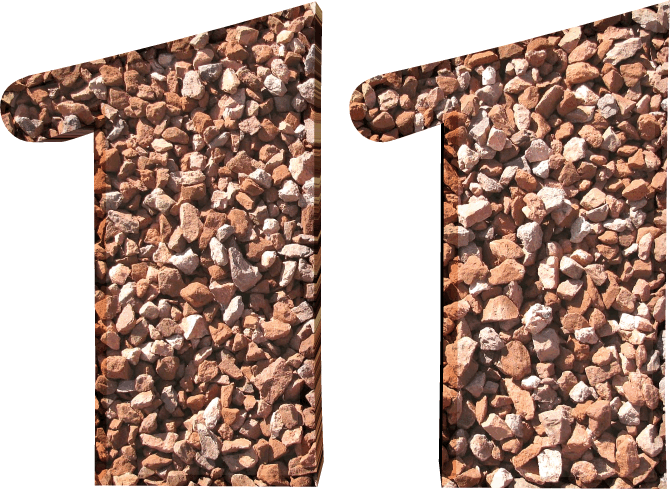 The last year seems to have gone by in a whirlwind despite the social and biological plagues of 2020. Since our Retirement Post Last Year, we have been busy with our everyday routines accompanied by some occasional deviations from the norm. We find things to keep us busy, I guess, as most retirees do, and that seems to make the time pass quickly.

Because of the overblown COVID-19 pandemic (or should I say DEM panic?), we have postponed any excursions in the RV to next spring and/or fall. We had planed a couple of trips for 2020, but stuff happened.

IMAGE: Numeral Eleven textured by the red rock gravel around our house where many people would have a lawn. We have to pull weeds once in a while, but no mowing in retirement!

During the past year, on two occasions, we have entertained overnight visitors in our home. The first visit was from a couple that we have known since the early 1960’s. They stayed a couple of nights with us and had a reunion dinner at our place with another couple who, like us, relocated to Arizona from Kalifornistan. The second visitor, also an old friend and former workplace associate, stayed with us a couple of nights in August while on his way from Colorado Springs back home to the Los Angeles area. Those were both nice visits that we enjoyed immensely.

October is going to be an eventful month. I have my second cataract surgery scheduled mid-month with pre- and post-surgery visits with the ophthalmologist plus visit scheduled with the proctologist for an exam and to schedule the next colonoscopy. I also have some more dermatology work to be done sometime in October. I also plan on seeing the orthopedic surgeon next week regarding knees, shoulders and hips. There’s nothing drastically wrong with those (I hope) but I have a recommendation from the family doctor to go to the ortho for x-rays and follow-ups.

So, here we go into our twelfth year of retirement. We’re praying that the widespread insanity diminishes enough for us to get back to normal and maybe hit the road to relieve our wanderlust. 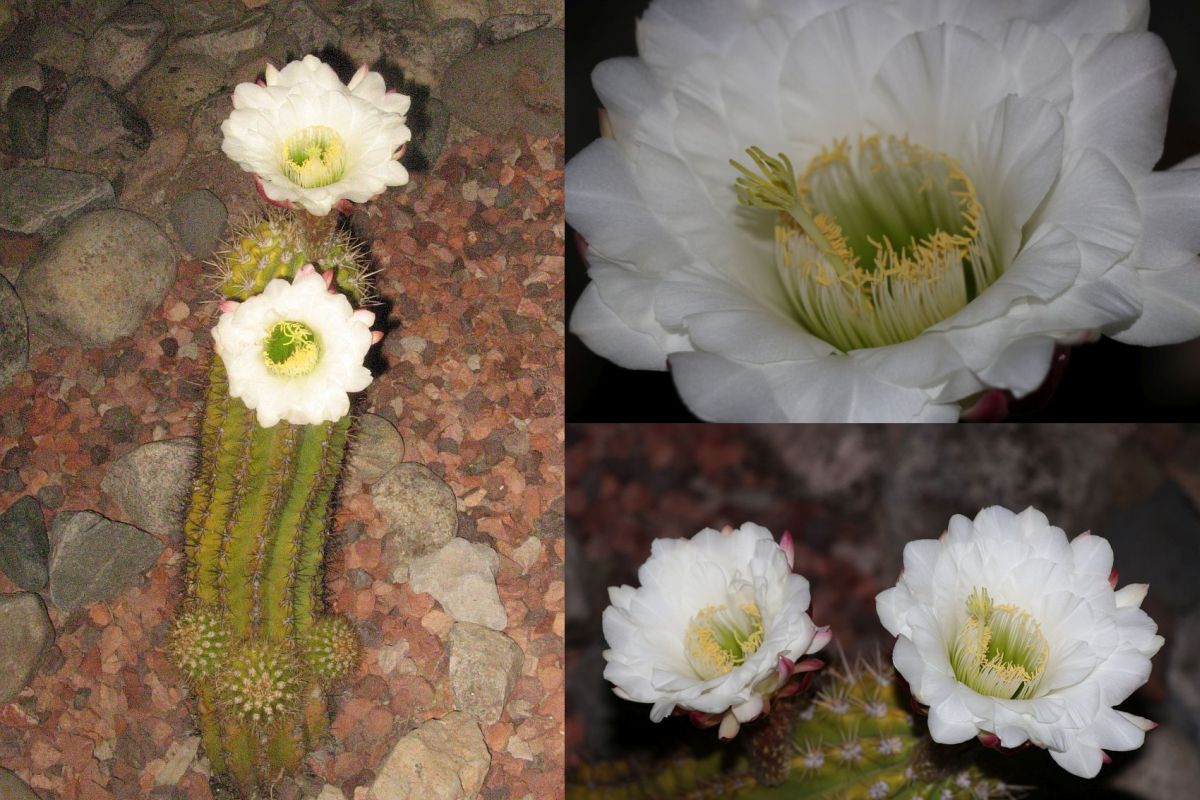 Our Argentine Giant (Echinopsis candicans) offered these two beautiful flowers last evening. This is the second blooming on this cactus this year. Since we purchased this cactus in 2011 and planted it in front of the house, it has reliably given us flowers every year. This year, it is also starting to grow “pups,” which are the three buds seen near the base of the cactus in the image at the left above. This variety of cactus spreads out as it ages with several pups, each eventually producing flowers.

About Argentine Giant from Wikipedia:

Summer is not over by a long shot and there are more desert flowers to come. Stay tuned. 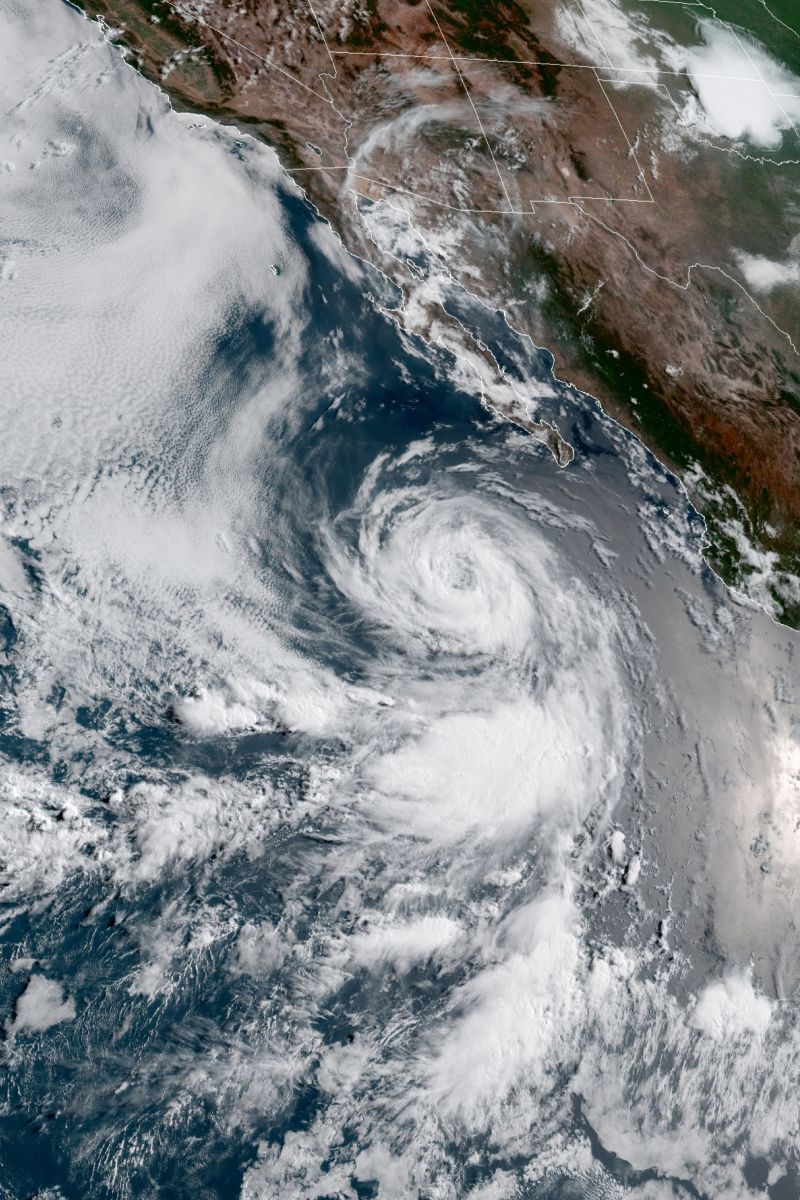 As we enter mid-July, the tropics are busily producing waves of disturbances and low pressure systems both in the Atlantic and the Pacific Oceans. Pictured is Tropical Storm Cristina in the Eastern Pacific currently moving westward and away from Mexico. We also have Tropical Storm Fay which is currently dumping moisture on the Northeastern US and Canada.

While Fay is drenching areas of New Jersey, Delaware, New York and beyond, Cristina poses no weather threat to land areas although it could still develop into hurricane force and dangerous to shipping in the 15° to 25° N latitudes in the Eastern Pacific. The storm is drifting westward at a rate of about fifteen knots.

The only effect Cristina is having on us here in the middle of Arizona is a few high clouds. We have summertime temperatures here for sure with forecast highs in the 110-117° F. range for the weekend. We almost wish the storm would make a hard right turn and bring us some monsoon weather, but I guess monsoons will be coming sooner or later without the help of T.S. Cristina.

In other news, we have been doing genealogy research here and have been discovering some interesting things about our ancestors. We now know that we had several ancestors who were in the military for the Revolutionary War, The War of 1812 and the Civil War (on both sides of it). We already knew about our grandparents and parents involvement in WW1 and WW2.

We also submitted a DNA sample and found out our roots from a general ethnic standpoint. The results dispelled a family rumor that we had Native American ancestors, which proved not to be the case. We have DNA in common with English, Irish, Scottish, German, Dutch and Swedish ancestors with a possibility of some other European lineage thrown in the mix.

The DNA result also proved that I’m related to other family members who also submitted samples: a nephew (my brother’s son) and a granddaughter (my daughter’s daughter). The DNA also shows we’re linked to other users of the service, most of whom we don’t know nor care much about (fourth to eighth cousins twice removed?). Some of those are sort of interesting in understanding the family tree, but we don’t especially want to dig any far distant relatives out of the woodwork at this point.

We are still sorting out facts and hints in the family tree (from a pedigree point of view) and are halfway through our third great grandparents level (of which there are 32 potential ancestors). I will post something further on this if I discover an ancestor built the Brooklyn Bridge or something of similar magnitude. 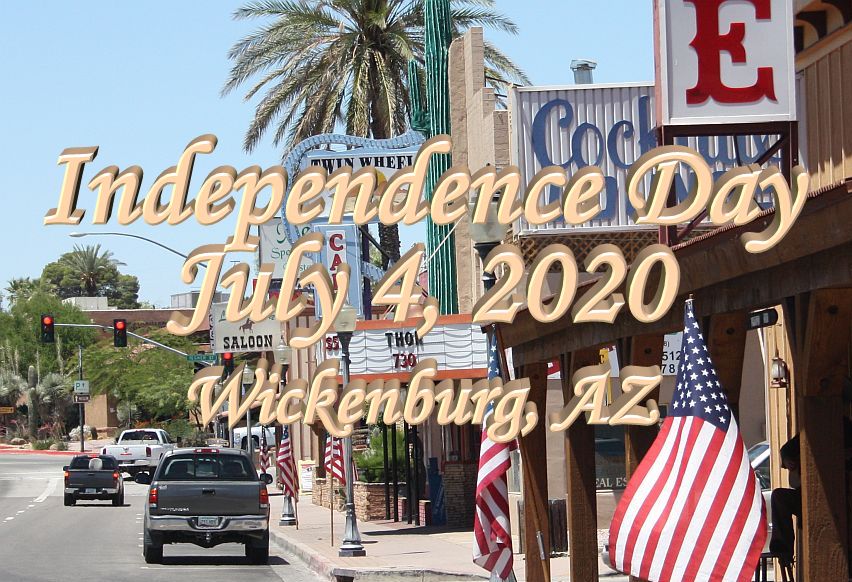 Our local American Legion Post religiously plants flags all over town on every holiday as seen in the background image above. That image was taken (credit Damsel) along the main part of Wickenburg Way (a.k.a. US 60) in the old historical part of town. I added the greeting with a graphics utility I use from time to time.

The beef tenderloin chunks were leftover meat from a whole tenderloin I butchered myself. Once you separate the “chain” and the “wing” from the main tenderloin, I set those aside to be chopped into the aforementioned chunks.

I cut the rest of the main tenderloin into steaks, a couple of small roasts (Chateaubriand) and tenderloin medallions or small steaks. There is a bit of fat and silver skin that goes to waste, but most of the meat gets used in some form or another. Considering that butcher shop tenderloin steaks (Filet Mignon) are upwards of $20 per pound, butchering our own saves us a considerable amount of cash.

There are a couple of pretty good videos on You Tube (here and here) that guide you through the process of butchering a whole beef tenderloin.

In the meantime, despite all the COVID-19 and BLM/ANTIFA chaos, we’re having a nice holiday weekend here in our little piece of the good old USA and hope that everyone else will be able to enjoy it like we are doing. Happy Birthday America – may she keep on going strong!