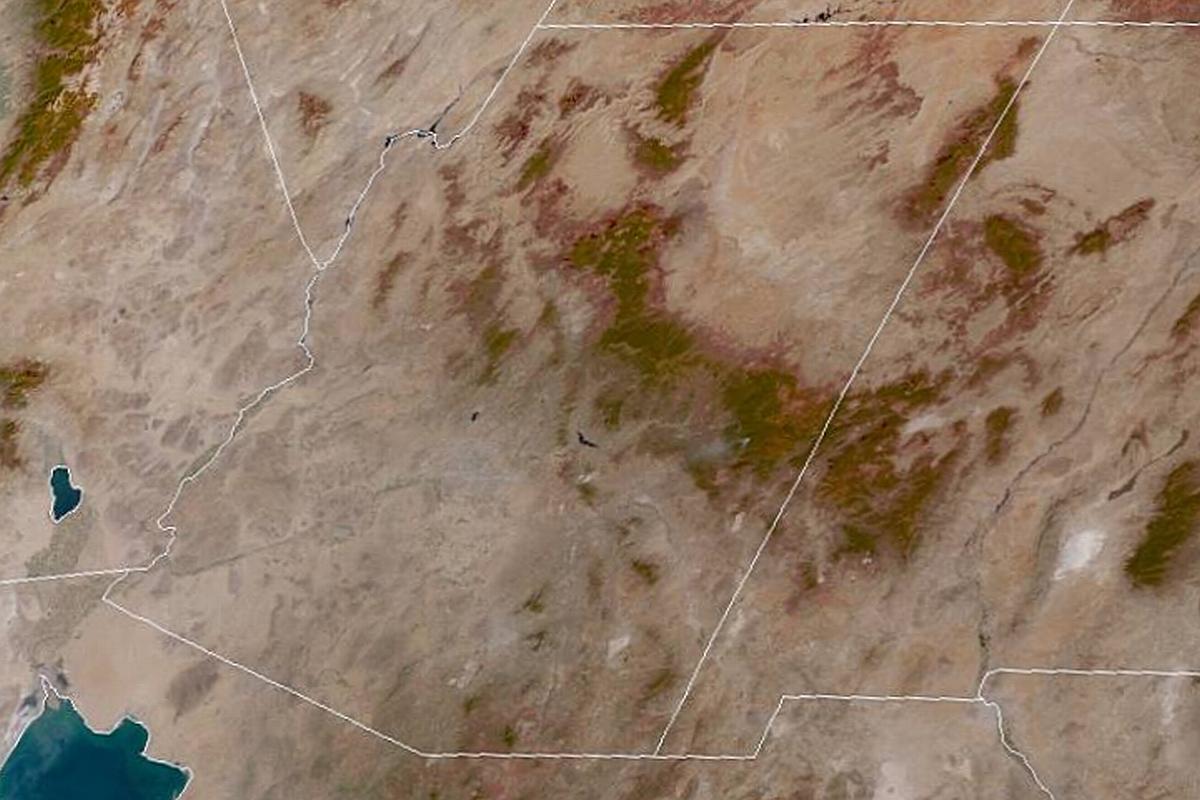 A couple of weeks ago (10/22/2019), I captured this image from the GOES East weather satellite in geosynchronous orbit above the western hemisphere. GOES East showed this area of the southwestern US which I cropped to highlight Arizona which is centered, more or less, in the image. The image showed the area mostly clear of clouds at that time, hence the terrain features are mostly visible.

Late October and early November in our part of Arizona has the in-between hot summer and cooler winter temperatures which are still warm (80-90 degree highs) and we call “Second Spring” because of the flowers we have open this time of year. As I write this post, the early November temperatures are forecast for highs in mid-80s and lows in upper 40s or lower 50s. Soon, however, the temperatures will start to drop and we will be back in flannel and long pants.

Anyhow, back to the satellite image; you can clearly see the Mogollon Rim which is defined by the darker forested area at its southern side that extends from the inside the New Mexico border on the east and arcs toward the north across the northeastern part of the state and ends in northern Yavapai county in north central Arizona. The two darker forested areas continuing north are the Kaibab National Forest. The lighter gap between the southern Kaibab dark area and the northern dark area is where the Grand Canyon is located.

Other interesting features visible in the image can also be seen; over in New Mexico toward the right lower side of the image you can see the White Sands Missile Test area where WW2 Atomic Bombs were tested. On the left side, in California, you can see the Salton Sea. Finally, at the bottom left corner, the Sea of Cortez (Gulf of California) in Mexico is visible.

I look at the satellite images on a regular basis to help me identify our weather patterns. I use them in addition to radar and other tools to get an insight on our weather. You may click on the image to enlarge.

Looking at the enlarged image, you can identify Roosevelt Lake which is the flying eagle-shaped dark area below the Mogollon Forested area. West of that is Lake Pleasant, an oval-shaped dark spot. Lake Pleasant is just about forty miles east of our place.