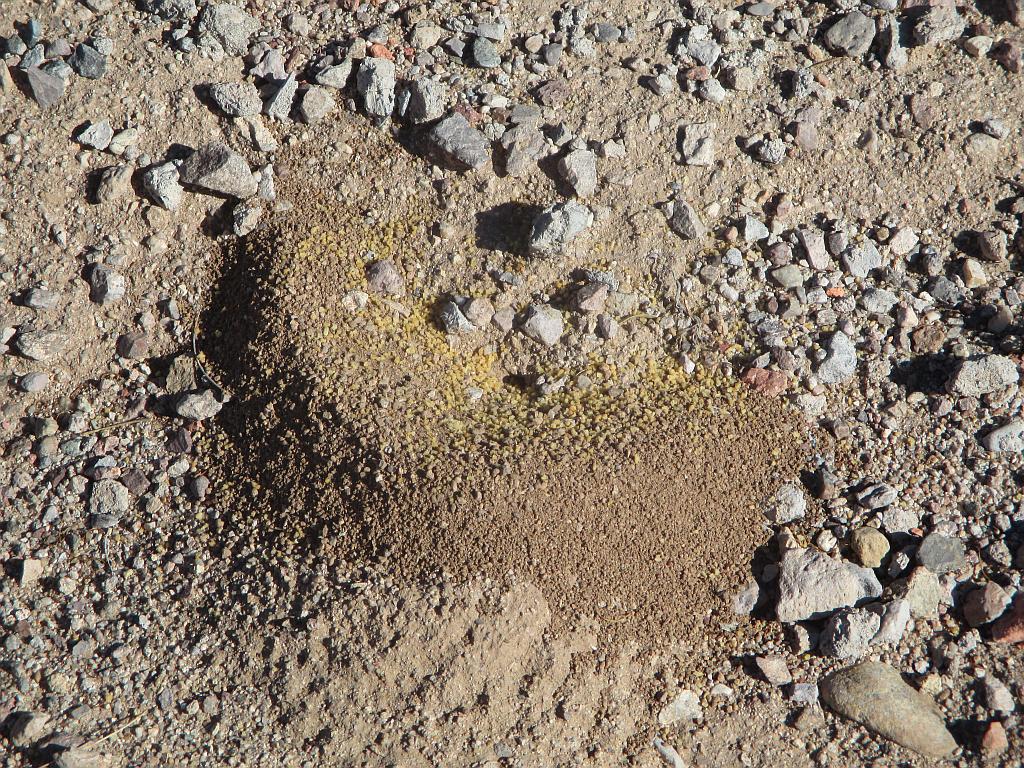 We have several levels of pests in the desert (excluding the humanoid ones) to include several mammal species, a bunch of reptile species and, of course, insects. Damsel can’t abide having ants anywhere on the property, so, when she finds an anthill, she wants something done about it.

The fire ant nest in the image is located down by the roadway in front of our house. It’s an area where we walk the dogs and Damsel worries about the ants biting the dogs. She spotted this anthill a couple of days ago and yesterday, I sprinkled some Amdro fire ant bait pellets on and around it.

When we arrived in the desert homestead, we were relatively new at the game of coping with desert denizens. One of the locals suggested the Amdro product to me and I have to sat I’m glad he did. The little worker ants take the bait down to the royal chamber in their burrow and poison the queen ant with the pellet taken down. The hive is doomed thereafter.

I bought a one pound container of Amdro about five years ago, and I still have several ounces left in it since it only takes a few pellets scattered on and around the mound to do the trick. Nests are usually completely destroyed about a week after the application of the pellets.

The mound was still active when I took the image above. It should be inactive in a day or three. Click on the image to enlarge.