Today is the anniversary of the birth of Vincent Van Gogh. We were fortunate enough to have been able to see many of his works a few years ago when “Van Gogh’s Van Goghs,” his paintings from the Van Gogh Museum in Amsterdam, were exhibited in Los Angeles.

Born in 1853, Van Gogh’s works are perhaps better known generally than those of any other painter. His brief, turbulent, and tragic life is thought to epitomize the mad genius legend.

During his lifetime, Van Gogh’s work was represented in two very small exhibitions and two larger ones. Only one of Van Gogh’s paintings was sold while he lived. The great majority of the works by which he is remembered were produced in 29 months of frenzied activity and intermittent bouts with epileptoid seizures and profound despair that finally ended in suicide.

One of the most famous of Van Gogh’s works is “Starry Night.” 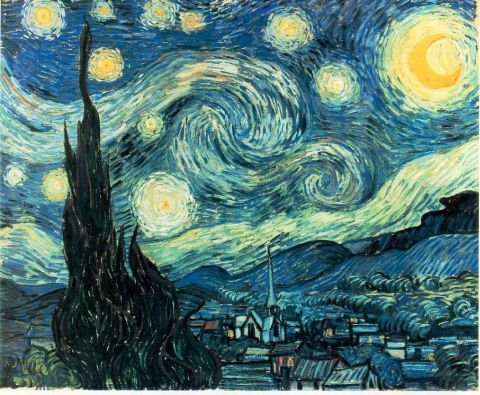