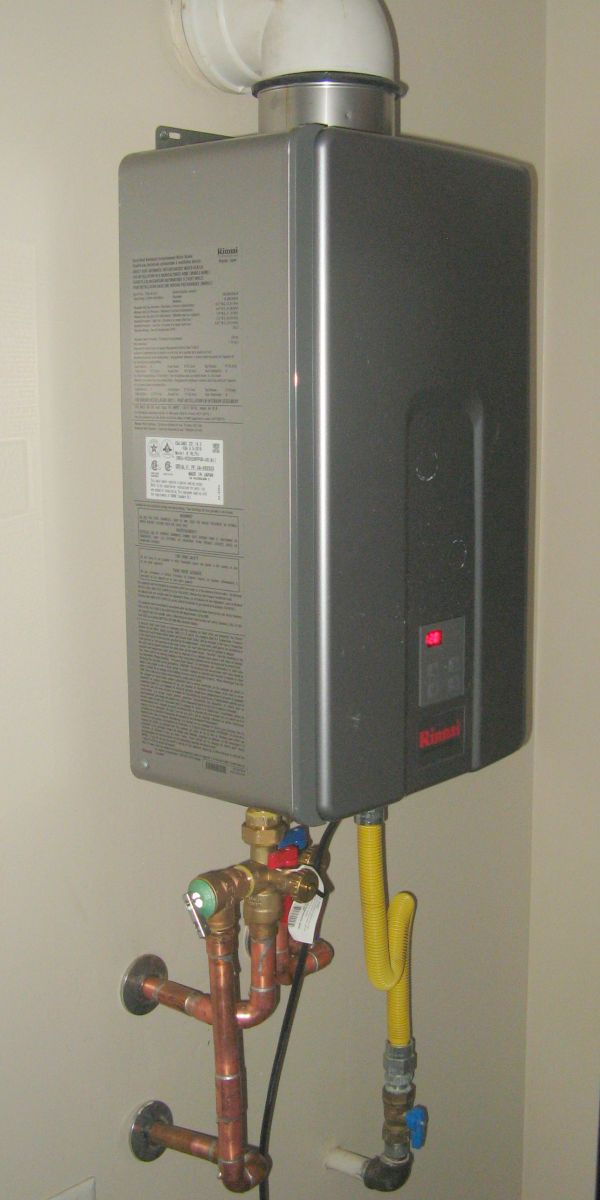 October 15, 2022 — Damsel discovered that there was no hot water when she went to wash the dishes that morning. I went to the garage to investigate if the Tankless Water Heater was doing its usual thing where you could hear the gas burner, the blower motor and the sound of running water. Well, the water noise was there but neither the burner nor the blower could be heard.

Damn! Just our luck that it would poop out on a weekend when the plumber was likely not available. So, we waited until the following Monday, 10/17, before calling our reliable plumber “Pete.” After talking to Pete, come to find out that he doesn’t do tankless heaters and is now semi-retired. He recommended another local guy, “George,” who does work on tankless heaters. I called George and he said he was busy with other jobs but would try and stop by to have a look.

Finally, on Tuesday, 10/18, George was able to come to the house and check on it. He asked me when the last time the unit had been “flushed out.” That was a shock since we have never flushed it out — we did not know that was a necessity until now. George’s initial diagnosis was that the heat exchanger likely is internally caked with sediment (we have ‘very hard,’ but potable, well water). He recommended a new water heater installation. I received a quote and authorized him to proceed. We were now on our fourth day with no hot water, with a projected replacement time of over ten days.

We planned on getting by with heated water on the stove for dishwashing and sponge bathing but then a miracle happened; the unit started producing hot water again after following George’s advice to set the water temperature control to max. I embellished his recommendation by — you know — bashing the unit on the side — and it worked! The internal flow detector that activates the heater may have had some sediment jarred loose by my love tap. Luckily, the old water heater kept on working while we waited for the new one to be installed.

As for the new water heater installation, it took over two weeks of waiting while George ordered the new unit, tended to various emergencies all over town. Finally, this week, he made an early morning appointment to do the work. It took George and a helper from 0630 until 0900 on Thursday, 11/03, to complete the removal of the old one and installation of the new one. The new water heater (pictured above) looks roughly the same as the old one and works the same, but will be more reliable providing we do the annual flushing that we somehow overlooked the last ten or eleven years with the old one.

Tankless water image diagram below — credit to The Zebra. Click on the image to enlarge. 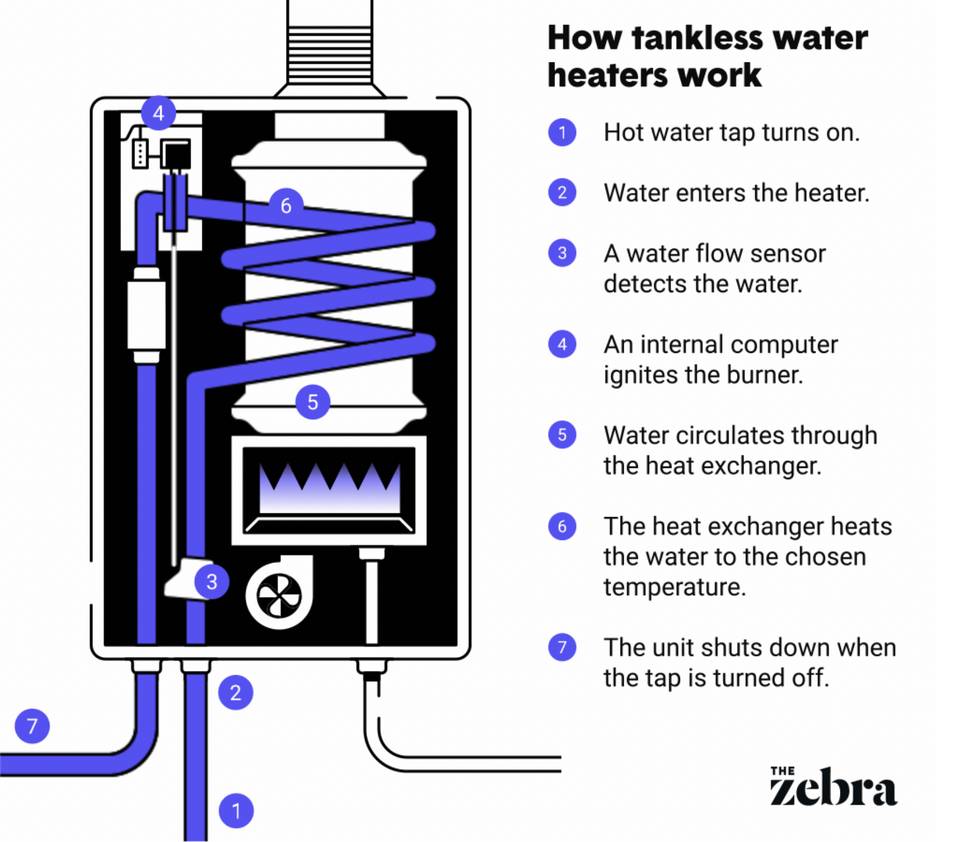 Click here to view the animated operation of this type of water heater.