After our recent motorhome maintenance, I made the discovery that when I start up the 6KVA Generator, the house AC power was not switching from shore power to the generator, which is the normal behavior. It is my routine to start up the RV once a week and to start up the generator once a month and load it up with both Air Conditioners going.

I called the Mobile RV Service after a short attempt at finding out the cause of the problem myself because (a) I don’t have enough expertise and (b) I have been satisfied with these guys before. They do good work at a reasonable labor rate. 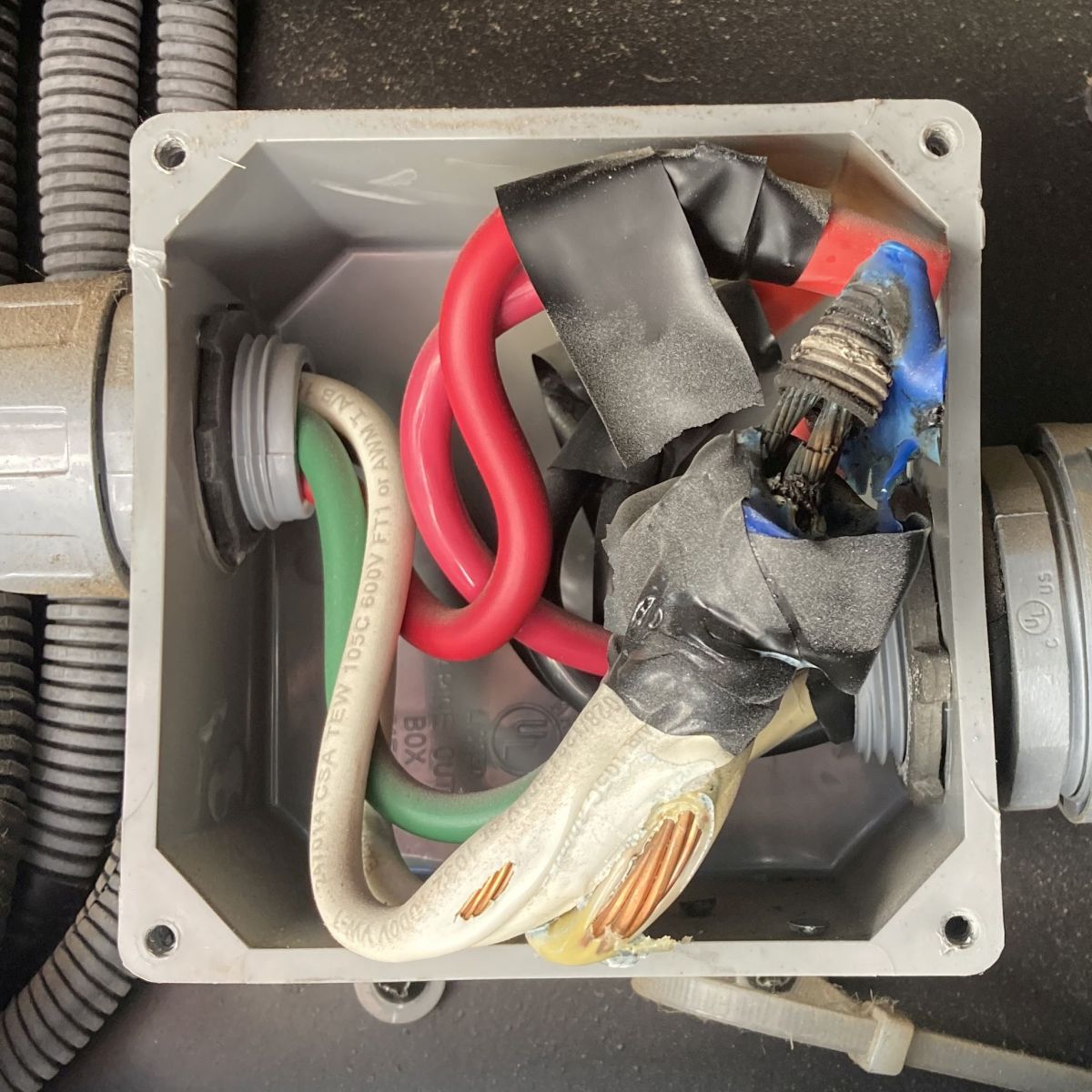 I was pleased when the dispatcher called me and set up an earlier-than-normal appointment with the same technician that helped us with the battery problem. When he showed up, he quickly found the problem: there is a junction box by the generator at the front of the RV that connects the generator output to the wiring leading to the relay that switches over when the generator is activated. As you may be able to see in the photo, a bad connection in the box overheated causing damage to the wires and wire nuts inside. This is the “before” photo but I don’t have an “after” photo because he worked very quickly and had everything buttoned up before I could take one.

When the work was done and everything performing as it should, the tech advised me that I should check the inside of the junction box in a few months to see if his work is holding up. I have that task on my list of things to do in the future.

When Damsel and I thought about what had happened, we thank God Almighty that a fire had not broken out in the generator compartment since the J-box is a plastic one rather than metallic as they were in the old days.