The Nation takes the time today to honor those members of The Armed Forces. The Airmen, Soldiers, Marines, Sailors and Guardsmen sacrifice daily to protect our nation. We proudly honor them today.

Here is a throwback pertaining to the armed forces of WW2 which had a personal impact on our family as I was growing up in those times. This is the USS Brooklyn, CL-40 with Palisades Park in the background, as she cruises along the Hudson River near New York City. My Dad, Jack, was an Electricians Mate, First Class, on this vessel. 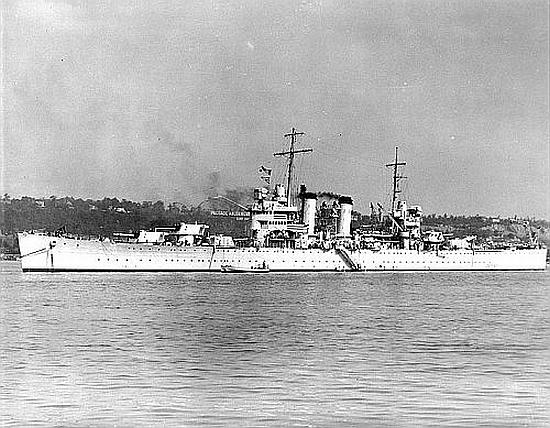 The Brooklyn departed from Norfolk for the Mediterranean on 24 October 1942. My 20 month old brother, Billy, and Mom, Kate, were in Norfolk, Virginia to give the Brooklyn and Dad a send-off. Mom and Billy then took the train back to California, where I was born about 9 months, or so, afterward.

Dad did not meet me until I was over a year old, since he and the Brooklyn were engaging the Axis in the Mediterranean. Rommel was there, Montgomery was there, Patton was there and the USS Brooklyn’s 5 and 6 inch guns were there helping the Allies to victory.

May God guide and bless our Armed Forces.