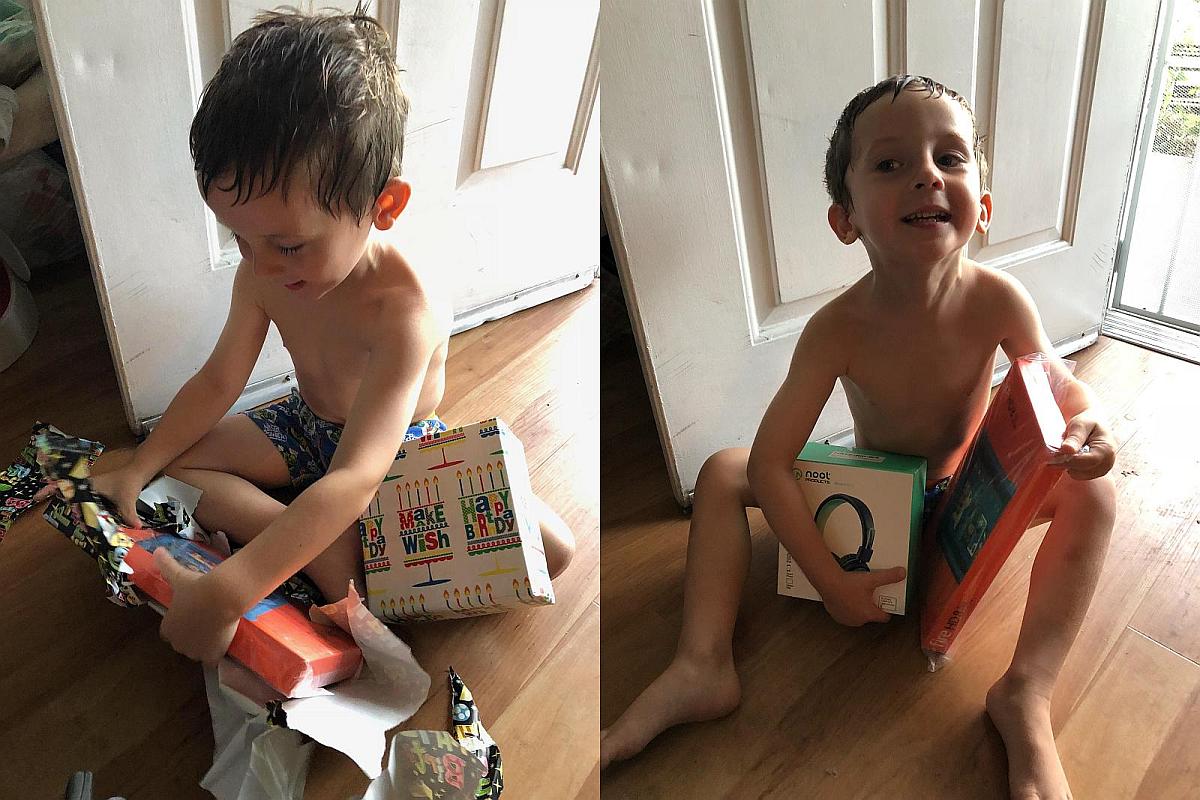 Our eldest great grandchild, Alex, had his fourth birthday today. We sent him a birthday package via USPS and our granddaughter took these pictures of him opening his gifts. They live in Northern California.

He is at an age where he understands the concepts of birthday and who sent him presents. His mother says he really liked our presents.

The gifts were a Fire Tablet and Headphones. The interactive nature of the tablet should help him learn things as well as him playing games on it.

We have three great grandchildren now. Alex, his little brother, Mikey, and Maci, our great granddaughter whose mother is the second eldest of out three grandchildren. Maci will be two in April and Mikey celebrates his first birthday in November.

Our grandson, Jerry, just turned three in August. Jerry also got a Fire Tablet and Headphones. We were able to give Jerry his gifts in person, since his parents visited us here in Arizona in August.