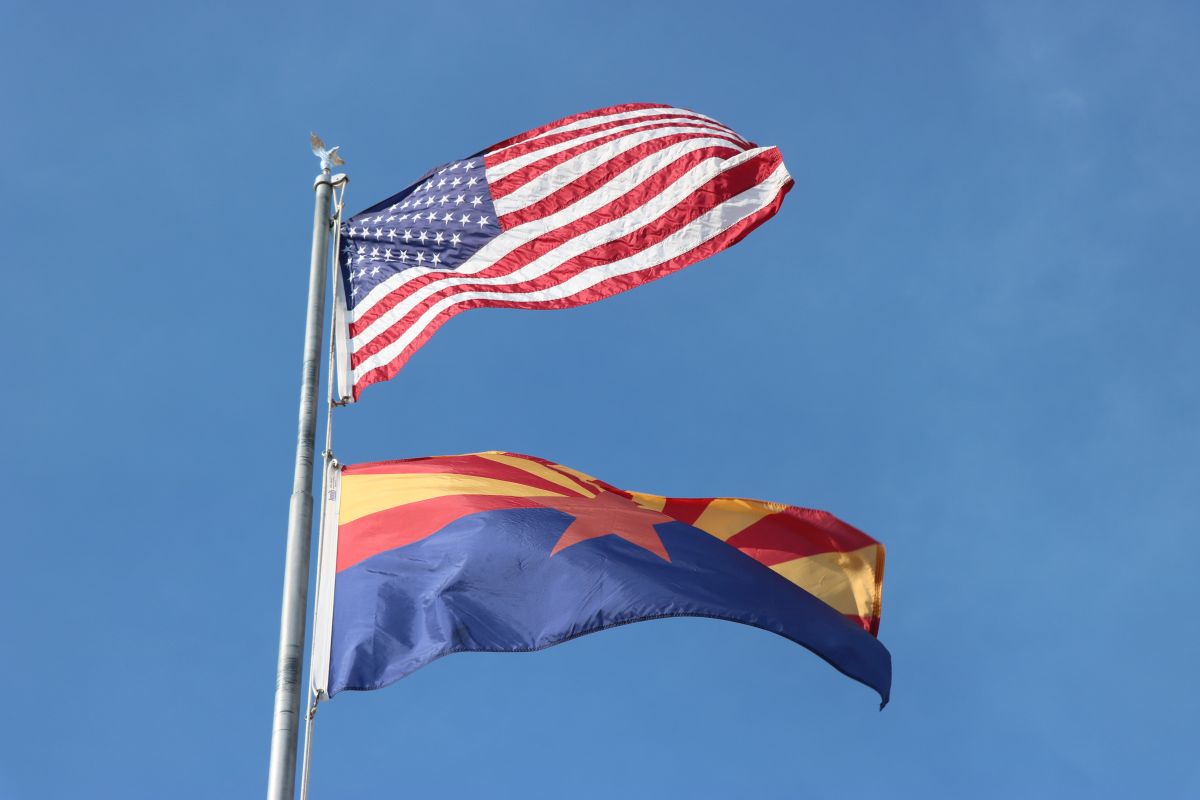 Damsel and I raised the colors this morning over our little house in Wickenburg. We had the flags down the last couple of weeks because of 30 knot gusts and the occasional “dust devils” that roar through the desert. Those, fortunately, have diminished in favor of a nice westerly wind today that is under 15 knots or so – BTW our high temperature today was 114° according to the thermometer out in the back patio. We’re OK with that here in our nice, cool 80° office.

Our local American Legion sets out flags all over town on this and other holidays. They seem to have hundreds of pole holes all up and down the major thoroughfares where the flags are distributed early in the morning and then collected late in the day. It is a pleasant sight to see all those flags, although we didn’t get out to see them today. We’ll have another chance on Independence Day.

Today marks the 244th Anniversary of that event.