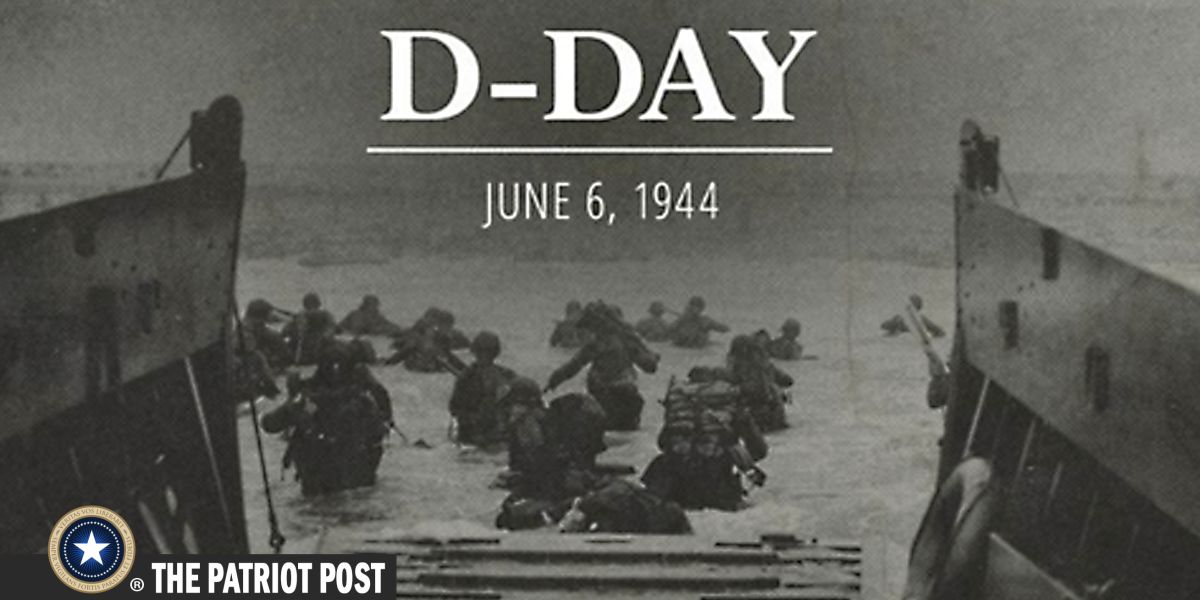 Today marks the 76th Anniversary of the Allied invasion in Europe. The Patriot Post said it very well in this article:

Today marks the 76th anniversary of D-Day, the Allied invasion of France codenamed Operation Overlord, which commenced in the early hours of June 6, 1944. It was the beginning of the end for Adolf Hitler’s National Socialist Workers (NAZI) Party and its reign of terror across Europe — an epic battle in defense of American Liberty, and by extension, that of all mankind. On that day, and many bloody days that followed on the European and Pacific fronts, American Soldiers, Sailors, Airmen, and Marines purchased Liberty for the next generation at a very heavy human price. It is our sacred responsibility now to extend that inheritance to the next generation.

We invite you to learn more about D-Day in Mark Alexander’s column, “D-Day at 75: Two Flags and a Son’s Promise Kept.” Take time to view D-Day — Freedom Is NOT Free.

Watch composer John Williams’ moving “Hymn to the Fallen” while taking a visual tour of the only real estate Americans kept after WWII — just enough land to bury our dead. Listen to Taps at Arlington National Cemetery.

On this and every day, please pray for our Patriot Armed Forces now standing in harm’s way around the world in defense of our liberty, and for the families awaiting their safe return.